While it varies from state to state in terms of legality, Delta 8 has become one of hemp’s most popular compounds due to its buzzy, exciting properties. New to cannabis? Here are a few questions you might have. Does Delta 8 get you high? Will it show up on a drug test? How is it made? What’s the difference between Delta 8 and Delta 9? Here’s a closer look at Delta 8.

There are more than 100 cannabinoids in cannabis Sativa plants, but Delta 8 THC is rarely found in significant quantities. In addition to CBD and Delta 9 THC (what we typically associate with weed), researchers have discovered that other cannabinoids have positive effects on the body as well. The effects of Delta 8 are similar to those of Delta 9, the user might experience the overwhelming sensations associated with Delta 9 (what we typically associate with euphoria, relaxation, and mental health benefits).

Delta 8 Can Come From Hemp or Marijuana Plants

The source of Delta 8 varies depending on the state’s legal status of marijuana. Hemp plants and marijuana are the two main sources.

Delta 8 products are illicit or legal if medical marijuana is illegal in a given state based on the THC levels in them. Most places have extremely low THC limits. We’re talking about under 1 percent THC, with some states opting for a cap of as low as 0.3 percent. In such a case, hemp would be the only source that could work, so Delta 8 products will be hemp-derived.

According to the theory that one cannabinoid can perform its task better when it is paired with its companion cannabinoids, this phenomenon is known as the “entourage effect.” Many people prefer cannabis-derived products over hemp-derived ones because they keep these other cannabinoids intact while extracting Cannabidiol from cannabis flowers.

How Does Delta 8 Interact With The Body?

Cannabis contains cannabinoids that interact with the body’s endocannabinoid system, a system that contains receptors located throughout the body. A number of important functions are controlled by this system, including mood, memory, appetite, and pain sensation.

A cannabinoid such as Delta 8 THC binds to cannabinoid receptors throughout the nervous system when introduced into the body.

In fact, Delta 8 and Delta 9 THC both have psychoactive effects, regardless of their differences. The interaction affects how the endocannabinoid system works, leading to a range of effects on the body. One of the reasons Delta 8 THC is popular is that it has milder and less potent effects than Delta 9.

Will I Get “High” From Smoking Delta 8?

Taking Delta 8 will get you high, but it will be a milder high than other psychoactive substances. Delta 8 can cause you to feel euphoric at times. Although you won’t be able to function if you become overwhelmingly “high”, you’ll still feel the psychoactive effects that CBD doesn’t have.

Smoking Delta 8 can lead to the following beneficial effects:

In addition to its positive side effects, Delta 8 can also produce some negative ones, including:

In order to determine Delta 8-THC’s use for treating health and medical conditions, researchers developed an online survey for Delta 8-THC consumers. Survey components were based on previous studies of cannabis and cannabis products’ medical applications.

A survey [1] found that Delta 8-THC use patterns were similar to and different from those for Delta 9-THC cannabis and products. The most common administration method was:

A substantial amount of substitution was found among participants when comparing Delta 8-THC with Delta 9-THC, according to this survey. Delta 8-THC use was not disclosed to 78 percent of participants by their primary care provider, and 70 percent did not believe they could use medical cannabis as part of their treatment plan.

For most participants, the Internet or personal experience was the main source of information about effective dosages of Delta 8-THC.

Public health is centered on harm reduction. Delta 8-THC may be equally effective for cannabis-related purposes and have fewer undesirable or adverse effects than Delta 9-THC, despite the legal environment becoming more restrictive in comparison to Delta 8-THC. There should be empirical evidence behind all policies and practices. Delta 8-THC and other cannabinoids will require extensive research to be systematically verified, and collaborations among academic researchers, government, and industry may be valuable in developing this knowledge base.

How Does The Delta 8 High Compare To Delta 9?

A big difference between Delta 8 and Delta 9 is that Delta 8 is about 60% as strong as Delta 9. As a result, Delta 8 is often considered “marijuana lite” or “diet weed.” The drug is also less potent when it comes to side effects like paranoia, anxiety, and sleepiness.

One participant’s remarks best describe the overarching views shared by survey participants: “Delta 8 THC provides all the benefits of Delta 9 while being less harmful.”

As a result of the 2018 Farm Bill, signed into law by President Trump late that year, all hemp-derived cannabinoids, including Delta 8, are no longer controlled substances. There are some states that regulate Delta 8 use, but it is no longer federally regulated.

Where Can You Buy Delta 8?

It’s available in gummies, candies, vaping pens, oils, tinctures, edibles, joints, and beverages at gas stations, convenience stores, weed and vape shops, and online.  Read the label carefully when buying Delta 8 products. They are easy to mistake for CBD products. There is also no quality control for these products. If you are looking for a reliable product we recommend checking out our Delta 8 carts.

Will I Test Positive For THC With Delta 8?

Often, drug tests look for Delta 9, but Delta 8 could also reveal THC. Different kinds of products and lengths of use also affect how people react to cannabinoids. Currently, commercial urine drug tests do not differentiate between different types of cannabinoids. So it’s best to avoid Delta 8 products if you’re going to take a drug test soon.

There is some evidence that delta-8 THC may be better for people who want a less potent “high” than regular THC. However, more research is required to assess whether delta-8 THC could be harmful. Furthermore, delta-8 THC is poorly regulated, so there may be difficulty assessing the contents of products containing delta-8 THC. 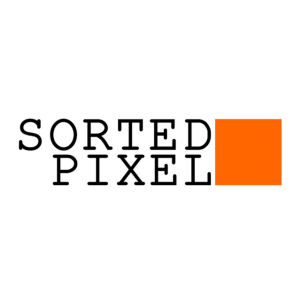